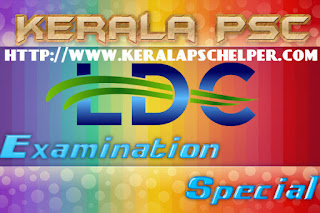 --------------------------------
Keralapschelper.com is presenting a General Knowledge Questions with answers from International Awards. In this set we included only those kinds of questions which are asked by Kerala Public Service Commission in the exams like Lower Division Clerk and Last Grade and other PSC Examination.

2127. The Albert Lasker Medical Research Awards have been awarded annually since 1946 to living persons who have made major contributions to .......
(a) Medical science
(b) Mathematics
(c) Literature
(d) Cinema

2135. The book of Arundhathy Roy got Booker Prize:
(a) The Road ahead
(b) The God of Small things
(c) The Greater Common Good
(d) In a Free State

2140. Until the establishment of the ......, the Wolf Prize was probably the closest equivalent of a “Nobel Prize in Mathematics”, since the more prestigious Fields Medal was only awarded every 4 years to mathematicians under 40.
(a) BAFTA Award
(b) Jerusalem Prize
(c) Lasker Award
(d) Abel Prize
Tags: #ASSISTANT GRADE II#Award#Company Corporation Assistant#Expected Questions#LDC Exam Special#SECRETARIAT ASSISTANT/AUDITOR#UNIVERSITY ASSISTANT