Did You Know ?? (Mangalyaan) 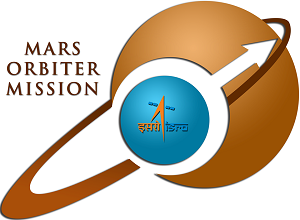 
1. $ 75 million for Mangalyaan
2. $ 671 million for NASA's Maven
3. Mangalyaan's weight 1,350 Kilogram.
4. India become the first nation to conduct a successful Mars Mission on its first try.
5. More than half of the World's previous attempts (23 out of 41 Missions) have failed, including attempts by Japan in 1999 and China in 2011.
6. India will join the United States, European Space Agency and fomer Soviet Union in the elite club of Maritian explorers.
7. The nearly 3,000 pound orbiter would join NASA's Mars Atmosphere and Volatile Evoulution mission, or Maven, which reached its position around the Read Planet on Sunday.
8. There are 3 more satellites already circling the planet - NASA's Mars Reconnaissance Orbit and Mars Odyssey, and the ESA's Mars Express. On the Martian surface, NASA's Curiosity and Opportunity rovers are rolling across rocky terrain.
9. India has said the spacecraft (also called Mangalyaan, meaning Mars Craft in Hindi) is chiefly meant to showcase the country's high-tech space abilities.
10. India has already successfully launched a lunar orbit, Chandrayaan-1 which discovered key evidence of water on the Moon in 2008.

11. MOM's scientific goals including using 5 solar-powered instruments to gather data that will help determine how Martian weather systems work and what happened to the water that is believed to have once existed on Mars in large quantities.
12. It also will search Mars for methane, a key chemical in life processes on Earth that could also come from geological processes.

13. None of the instruments will sent back enough data to answer these questions definitively, but experts say the data will help them better understand how planets form, what conditions might make life possible and where else in the universe it might exist.
14. The spacecraft is expected to circle the planet for at least 6 monts, following an elliptical orbit that gets with in 365 kilometres of the planet's surface at it closest and 80,000 kilometres at it farthest.--------------------------------

Attention Please :- Dear Readers do U have any PSC Previous Question Papers with You ? If Yes Just e-mail Me - keralaapschelper@gmail.com OR krishnakripamail@gmail.com
Tags: #Current Affairs